Are White Fillings Right For You? 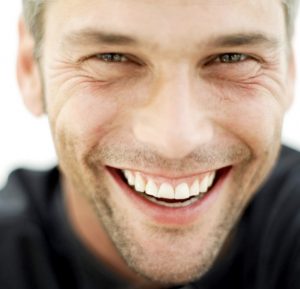 “White” simply refers to the filling’s color The advantages of resin fillings are many, and they have become the gold standard in restorative dentistry. All white fillings attach to the tooth through a bonding procedure. White fillings came to be called white bonding because of the use of the material to fill or repair a front tooth, thus not just repairing decay but dramatically improving the tooth’s appearance But white fillings are more than just a pretty face. They have done away with virtually every problem associated with the antiquated mercury amalgam fillings.

Mercury amalgam fillings have been in use for 160 years and are used today. They were once the best that the dental profession had to offer. But it is becoming harder and harder to justify them in modern dentistry.

Resin fillings bind the tooth together, strengthening it every bit as well as the antiquated mercury amalgam. And unlike mercury amalgam, white fillings won’t cause tooth darkening. White fillings don’t contain mercury or any of the other potentially poisonous materials that have caused such controversy in dental medicine. Because they’re nonmetallic, tooth sensitivity to hot and cold is greatly reduced or nonexistent.

Placement of white fillings and other white bonding tooth restoration doesn’t require as much loss of enamel and other tooth material as mercury amalgam. And the white filling material of today provides exceptionally good wear, is highly resistant to breaks, and lasts for many years.

White fillings also have the advantage of fully hardening before the patient even leaves the dentist’s office. Once the resin fillings are in place, the dentist exposes them to an intense blue light. In a matter of minutes, the fillings harden. This means that they’re ready to use as soon as one leaves the office. Resin fillings can be custom matched to each tooth’s unique shade of white, allowing for an aesthetic quality that can’t be matched by the old “silver” fillings.

To top all this off, white fillings are environmentally safe. Unlike mercury amalgam, they contain no pollutants.

What To Look For In Dentist Who Uses White Fillings

The procedure for proper mixing of the white filling material is complex, so it needs to be performed with skill. This means that selecting a dental professional like Kopp Dental that’s experienced with resin fillings is crucial. The best dentists will know the optimal composite mix to use, as well as have skill in color matching white fillings to each patient’s tooth shade. Since white bonding is used as both a durable filling and a cosmetic tool, the right dentist will know how to weigh the needs for resilience against aesthetics.

It should come as no surprise that, because white fillings involve more preparation and skill, resin fillings can be more expensive than the old mercury amalgam fillings. But the results in appearance and durability as well as the safety factors for the patient’s health and the environment may white fillings a superior oral health investment.

In addition to white bonded fillings, Dr. Kopp and his associates comprise quality experience in a wide array of dental procedures, from general dentistry to cosmetic dentistry to dental implants and more. Our staff is happy to help with any questions you may have. Call (630) 941-8398 or use our Contact Us Page.