Stroke and Oral Health: The Grim Realities of a Stroke

Many of us worry about the possibility of having a stroke. After all, in the US someone dies from a stroke every four minutes, and people who have one but are lucky enough to survive often face paralysis, a lengthy, difficult rehabilitation, and possibly even a degree of permanent impairment. But many of us don’t know about the relationship between stroke and oral health.

Today scientists are discovering links between an individual’s oral health and a variety of issues elsewhere in the body, and thus it make sense to wonder if there could be a connection between oral health, and stroke. We’re going to explore that issue here, and the best way to begin by explaining exactly what happens when you have a stroke. 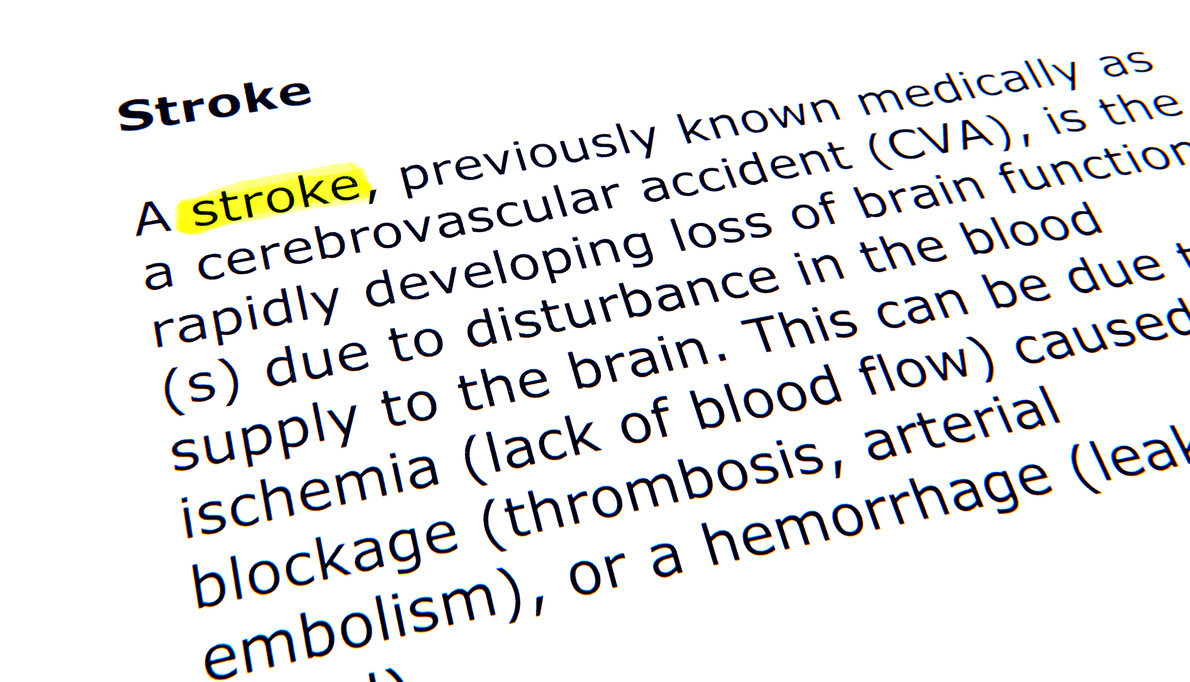 A Stroke is a Catastrophic Event in the Brain

Sometimes a blood vessel bursts in the brain, or a blood clot keeps essential oxygen from reaching a portion of the brain. Either way, the result is a stroke. Because the brain is involved with everything the body does, the person may then display a variety of symptoms including a sagging face, slurred or impaired speech, and weakness in the arms.

Risk Factors for a Stroke

Sadly, anyone could conceivably have a stroke. But your odds are worse if you belong to one of these groups.

The frequent result is poor oral health practices is gum disease. More than 64 million Americans have it. To put that in context, it’s about half of the adult population. Gum disease is the result of overgrowth of bacteria in the mouth. If you have red, swollen gums that bleed easily and pull away from your teeth, you’ve probably got it yourself. (Fortunately, dentists can slow its progression or get rid of it entirely, so if you have it, please make an appointment.)

Scientists hypothesize that the specific link between gum disease and stroke is inflammation. The many harmful bacteria that produce gum disease don’t necessarily all remain in the mouth. Some can get into the bloodstream. Once they’re there, they can produce further inflammation that makes blood clot, and as explained above, blood clots are a cause of stroke.

At the current state of our knowledge, it’s not absolutely clear whether the inflammation from gum disease produces vascular inflammation or it’s conceivably the other way around. But the fundamental link is well established (just as we know there’s link between gum disease and certain cancers, diabetes, and Alzheimer’s disease.)

There are many good reasons to practice good oral hygiene. We hope the discussion above has given you one more, particularly if you’ve already had one stroke and are resolved to prevent another.

With regard to the above, do you have a loved one who had a stroke and is experiencing physical or cognitive impairment because of it? In that case, he or she may need your encouragement or other assistance to practice the good oral hygiene routine that will lessen the chance of another incident.